While contemplating this pictorial book, there were so many connected intricacies orbiting inside my mind, so many questions seething within. Whether or not people in this era of
Kindles, 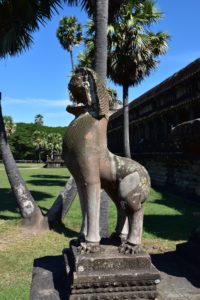 Cell-phones and  the Internet would like to read a book; a book, I queried myself. More than that, yet another overpowering issue was that of why? Why should I take this elaborate trouble? Will people see this effort through the prism of a single religion which might not be the one they practice (my work is all encompassing and not limited. It is for the entire Humanity which is the gift of one God)? Will the effort be really worthy of taking up? Besides, there always lurks the danger that a serious student may not become theory-ridden, I wanted this work to be a balanced combination of theories as also visibility. I found answer to my own insecurities, the more I pored over them. Poem ‘If’ by that great India lover Noble Laureate Rudyard Kipling, propelling me to move ahead shedding my insecurities, overcoming my self-doubts.

Wherever one has been through the journey of life, one has always tried to engage people in constructive dissent; always encouraging them to ask the fundamental question – why? When I first read of Angkor Wat nearly 33 years ago, the first question that obviously came to mind as a civil engineer and a human being was, why? Who were those people and why did they take it upon themselves when there was absolutely no technology to help them undertake this unprecedented or unsucceeded task (think in this era we have become  much too dependent upon Technology for everything)? Why these magnificent temples were built in the middle of those tracts of forest

spread into thousands of square miles, in the first place? Having built once, why did they allow them to reach such a nadir with just no effort in their upkeep; for without upkeep any building would perish, is common knowledge? Why such massive trees were allowed to grow on top and around many of these magnificent structures strangulating them and depriving  of breath of life? Why marauding Khmers of the twentieth century, those whose forefathers had made this spectacle possible had themselves tried to kill that legacy? Why, and yet so many whys.

My heart squirms at the thought of adding pictures of Idols of the Gods without heads into any of my posts here. I might never include that innocent Nandi’s photograph from the exquisitely carved Temples at Banteay Srei. I can never gather enough moral courage.

The second being that of the connected religious angle. As I read & learnt more and more about Angkor, watched NatGeo documentaries on the Television and much later watched YouTube videos, I foun

d to my dismay that most of them speak regards physical side of the elements and rather little regarding the core issue –the legacies of olden knowledge – the celestial knowledge & wisdom, the origins of creating these temples, the Sacred Architecture and the like. Perhaps leaving aside the works by Stella Kramrisch in her two volumes ‘ The Hindu Temples Vols I and II’ not many details regards these aspects are available in the written texts almost by  anyone.

Site selection, the precise dimensions, the Vaastu-Purusha-Mandala, the theory of construction, the principles & hierarchy of sculptures and numerous such tenets have been very elaborately described by the erudite Lady. The oft quoted references to the Puranas, the Vedas and such Holy Scriptures make the books a veritable treatise. It might well be possible that I haven’t been able to take a look at real intense work by scores of other serious writers in this connection. However, her books are the best available material, perhaps.

All in all, I felt deep within that there was a need to inform the interested reader scholar as to the likely answer to those questions that were consistently brewing in my mind for they must well be brewing in other peoples’ minds as well. Angkor was not a project done by a few thousand men over a few years. It was result of constant efforts of many generations and over many centuries; one better

than the other. Did they know the principles of engineering, the principles of sculpting and architectural complexities that we do, today? Where did they have the knowledge from; after all they or anyone else hadn’t undertaken such huge tasks before. There was no precedence in existence; for when we build a Burj Khalifa today, we already have dozens of skyscrapers in existence to have learnt from. Or was there some?

At Rameshwaram, at Kanchi, at Madurai and at Hampi and many such places in India we have equally mesmerising examples of structures. As complex and as vintage, may not be as large, VB though. Did they, the Khmers import this valuable wisdom from Ind

ia? Or were they steeped into the traditions passed down from generation to generation through very fine understanding of the Vedas, the Puranas, the Vaastu-Shastras and the Shilp-Shastras. Obviously, the basic & very intricate principles to create such venerated structures were in existence from time immemorial; limited as it might have been to a particular region or country. Was it that wisdom which was practiced in Rameshwaram and other such holy places was put to great use at Angkor? Did they have a direct India connect in their bloodline? Did they get master craftsmen, knowledgeable seers and lead engine

ers/organisers from India? Please check the body frame, facial construct & expressions of men seen pulling The Vasuki at Angkor Thom. Do those match the local Khmer people by any imagination? Or are they close in appearance to descendents of the race from the South of India; the land of the Holy Temples of Kanchi and Rameshwaram?

There, I felt the need to understand the weave & waft of  religion, connected art & architecture, all the sculptural forms, behaviour of materials involved, engineering related to such a complex work through many generations, logistics of such a huge scale and mustering & sourcing hundreds of thousand of people who consistently performed such great tasks, leaving behind such lovely pieces of architecture & art for us all to study and learn from. Is there any other example of laterite making such a mammoth structure stable by sucking water underneath? Or well over 1000 sq meters of exquisite bas-relief work under one roof; at Angkor Wat alone? Gods alone must know, where.

My mind would recall very hazy memories of bedtime stories of churning of the milky ocean by Gods & Demons, mighty kings & princesses and flying apsaras told by the grand mothers and my mother – one effective method of passing on the baton of learning those aspects of humanity and human life not found in school & college texts, especially in the modern ti

mes. I understood in the crevasses of my mind & heart that Angkor was the fruit of such deep understanding, such imbibed leaning through generations; the Guru-Shishya tradition. It could not be anything else. And I decided that these and many more things must be conveyed to more & more people who seek knowledge, even in today’s fast paced era.

There culminated in my mind & my heart, an apparent need to unravel the mystery & complexity of Angkor in a rather simplistic way so as to help understand any future student of art, architecture, engineering and religions in a comprehensible but precise manner. With large number of books written on the subject, even larger number of travelogues, hypotheses and views, mostly by western intelligentsia, there exists a necessity for a written work that meets this very basic need, I concluded.

Apart from clearing the religious issues clarity also needed to be imparted to the logistical issues as well. In my opinion, logistics might have been the single most  complex aspect of what they did well over a thousand years ago. Th

ere being virtually no technology available then compared to what we have access to today, how did they managed to pull off such a great engineering feat, is incomprehensible. That, over three generations, at Angkor Wat alone. Add to that the time period from later part of ninth century when they perhaps began work of the Hariharalaya projects of Preah Ko or the presently known as Rolous style of temples, it adds to a mind boggling 700 years till the time Khmers got devastated in the sixteenth century. Whatever might have led to their downfall or complete disappearance, by the time their era ended, the Khmers had done something no one had preceded or shall ever succeed in accomplishing.

My work (an e-work) is not a classical book. It is a rather simplified, not too detailed, easily comprehensible version of a book for it is being written in an era of internet. Internet which can be accused of instilling a lack of seriousness  in reading books to get the depth of knowledge eventually forming the bedrock of wisdom that people of older era would perhaps feel blissful about. Today, Kindle  which is some kind of virtual insurance of one’s knowledge, pulls off that feat for you, leaving one abjectly shorn of any serious knowledge. And eventual wisdom. It speaks pictorially with passages to punctuate where the ‘thousand words speaking’ pictures might so require. My pictures have, incidentally been taken over number of visits to Angkor. With the name Angkor, I imply all the four dozen or so Temples with just one word as Angkor. Wherever there is a need to deliberate over a particular Temple complex, its name proper shall be mentioned as such.

It is my conviction that whilst Angkor is what it is, but people who throng there in huge multitudes cutting across cultures, regions and the religions, make Angkor ever more endearing. They add to the idea Angkor in a very substantial way.

During my visits to Angkor, I found that the Chinese visit there in the largest numbers. Japanese, Europeans, the Americans, Argentineans, Germans  and Koreans all found in large groups and as individuals. Some Indians also go there. Therefore, my endeavour to include nearly a dozen languages.  I have efforted to translate this

work into a dozen languages using the veritable Translator at the Internet, with full knowledge that, a reader of any language other than English, might not get the true inflexion of my intention. You would agree that engaging a dozen translators in the connected languages is rather difficult task. Reason is simple – they have not only have to be well versed with their own language, they have to understand English very well; something I have found to be very difficult. I would want to this exercise simple, rather very simple.

Of course yet another question of primacy that bothers me till date is – now that we have access to anything and everything, why do we not recreate Angkor to its original beauty magnificence; do we possess that single minded intention? However, seeing the lack of quality of the restoration work done over the past three decades or so, I ask myself the counter question; can we? 300,000 men, 3000 elephants, 6000 tons of yearly rice and 37 years; can indeed we?