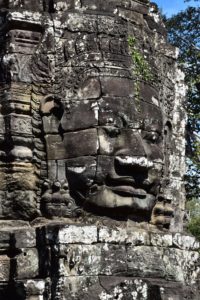 Four entities make the Temple complete, namely – the Building of the Temple, The Presiding Deity, the Devotee and his devotion.  Whilst the physical entities create the right environment for the Devotee, it is the devotion which completes the soul of any temple.

Temples are crafted to a well laid down design norms. The main focus is not on the Presiding deity alone. The main focus most of the time is on the psyche of the Bhakta (the Devotee) whose life and actions in life are meant to be cleansed once he or she passes through this sanctuary of compassion. Nothing in a Temple is superfluous; not even a piece of stone or a tiny sculpture. Everything everywhere has a designated place and everything is in its designated place, everywhere. If not, the very synchronicity o

f the environment within & without the Temple gets affected. It, thence, has always been the endeavour of those entrusted with the design & building aspects to ensure all actions are well coordinated and provided requisite direction. This is the responsibility of the Priest-Architect to ensure in concert with the main Architect. Where there is a suitable confluence of these two, most mesmerising edifices have been created in the history. The Devotee is passaged through an environment which makes him one with Him.

idors witnessing the God’s play and led to the innermost sanctuary which is a dark but very simple space, the personal space

residing Deity whom the Temple is dedicated to. 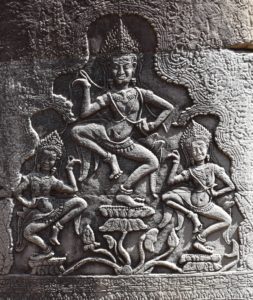